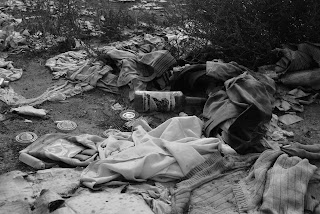 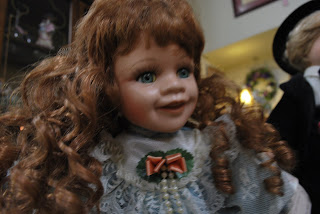 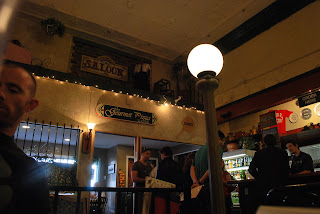 Today Tony and i packed up are stuff and headed out for a photo safari! We started our day at stell coffee and tea and then headed to the out skerts of town. We found a (high class) hobo camp or it could have been a bunch of peoples old junk that they dumped in this big open field, either way it was a photo score! There was all kinds of stuff like: old books, cameras, loads of broken TVs, clothes (which was weird), and a boat. So over all it was awesome! When we were done there we headed to downtown Redlands. When we got there we headed in to an antique store which was odd to say the least. I think it compares quite nicely to the hobo camp thing... And we ended this fine safari after 3 hours of photography with gormet pizza!
*[Stay tuned for side by side comparesons of are photo assingments for the day!]*
Posted by Noah at 10:00 PM 1 comment: 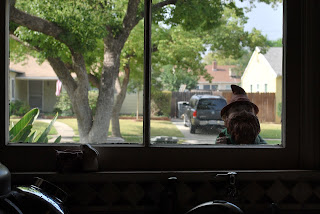 So for the past few days The Fiske-Phillips and my family have been playing a little prank/game. I like to call it "find the gnome". This game is pretty simple ,but first you will need a few things:
1. Gnome
2. Friends (which i hope you have anyway)
3. imagenation!
Now your ready to begin! How you ask, well it's very simple just take that Gnome and hid him in an odd place, but a place that most people would look every day. Here are some places where he has been put around my house and the Fiske-Phillips home.
1. ice chest
2. fridge
3. a top the toilet (with the seat down)
4. in a (soon to be packed) suit case
5. in a bed
6. by a fish bowl
7. outside of a window....
So Im sure hope to post more of the Gnome soon.
Posted by Noah at 9:56 AM 1 comment: 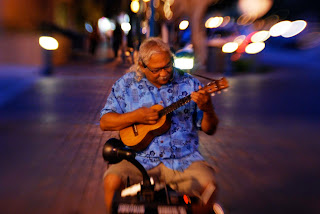 Last Friday while riding my bike downtown i noticed many musicians. There was one man inperticular that i liked, his name is Keoki Ariol. He plays the ukulele amazingly. He told me about music night (which is every Friday). So tomorrow i plan to go and check out the scene again.
By the way i used a lensbaby for this photo!
Posted by Noah at 7:23 PM 2 comments: 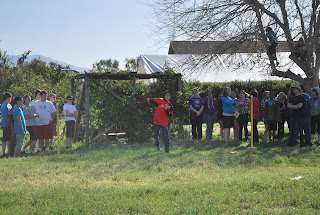 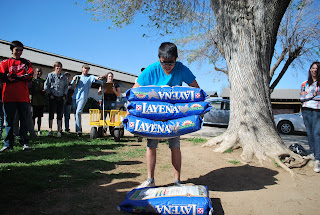 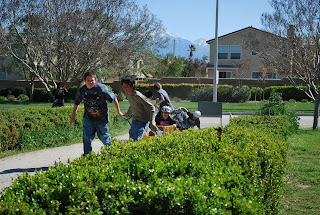 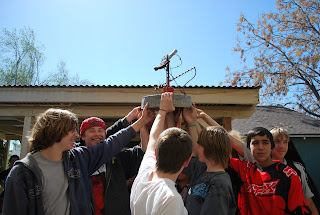 Last Friday, the Farm school that I go to had Olympics games. The games we did were disks, javelin, lunch lugger charoit race, deadlift, and an opstical course. Most of the games were won by Justin's mentor group, and in the end when it was all talled up it was Justin's group that won. And walked away with the awsome trophy!

I was the offical photographer, so i hope that these photos are good because i had an awsome press pase to this event.
Posted by Noah at 8:48 PM No comments: 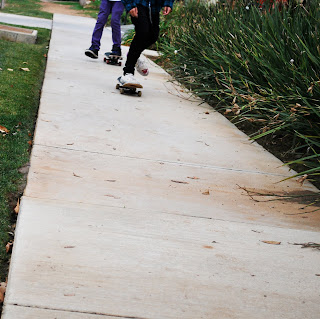 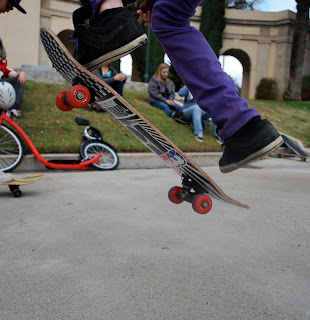 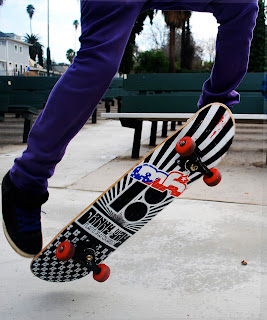 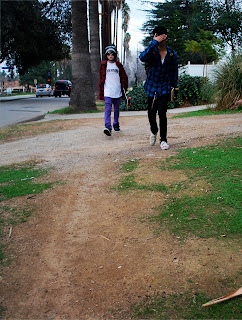 Grove has weekly mini courses, every Wednesday! One mini course this year is skateboarding, well its really teaching Bill to skateboard. Bill is a teacher at Grove, who asked to be taught in the ways of standing on a wooden board with wheels.
These photos are from the first day of the mini course. We road are boards to downtown Redlands and purchased some skating equipment for Bill. This all was very fun!
A few weeks later at Brookside park where the mini course goes to teach bill, we brought along a surf/skate board. We had the genus idea to attach wheels and trucks of a long board(big skateboard), to a long board(the surf board type). Of course some one was going to get hurt, but that is yet to come.
We found that it worked great with two people on the board, so obviously this meant we need to add another person to the equation. So we did and we couldn't ride as fare with three people because we picked up to much speed. I decided that it was the person in the backs job to steer, and i wanted to try the steering. So i hopped on the back and about half way down the hill we began picking up a lot of speed. I was getting worried at this point seeing that we had speed wobbles. One of the wobbles knocked my foot off the edge of the board and then sucked my foot underneath it. My foot then became the break and also became broken.
I have had a cast for almost a week and a half and only have a few left!
Posted by Noah at 2:25 PM No comments: 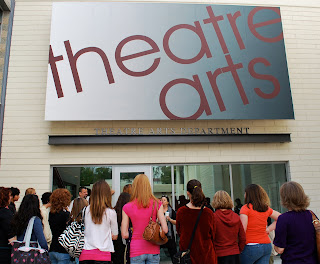 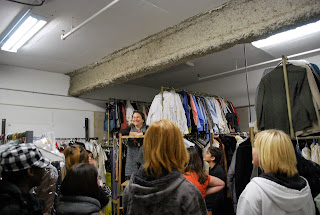 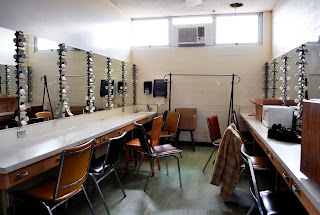 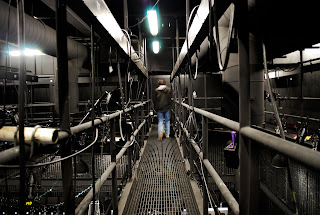 Today was the second day of winterums week! Winterums are a yearly thing we do at Grove, they are a week filled with one project that needs to be down. (At least that's what its like at the middle school portion of Grove!) My winterum is drama, i am the official photographer! This is cool, because i get to do nothing but photography!
The drama winterum had a field trip today. We went to the U of R, and learned about theater arts more so. We were given a tour of the costume room, lights room, theater, and the catwalk. The U of R has two theaters, one of which can hold over 300 people. We learned about how lighting works hand in hand with the play and sound. On the field trip we saw a light that could turn different colours, move, turn, and make the light look textured! After that we were allowed to walk the catwalk, which i had been dieing to do!
So that's what i did at school today!
Posted by Noah at 5:20 PM 1 comment:

Your my best friend... 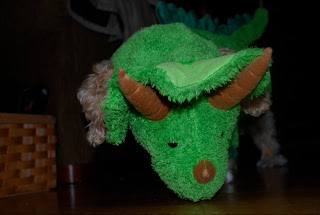 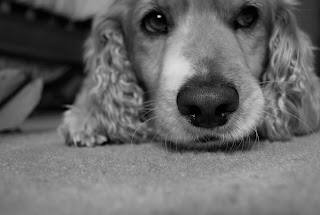 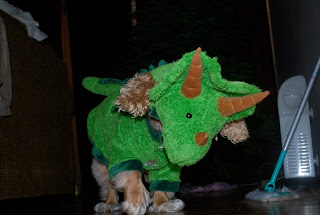 What can i say about you....
well i see you when i go to bed and when i wake up..
Your not all that green unless you are wearing your costume...
Your as handsome as a pear...
You almost died...
once...
Your the funniest dog i know...
And your fav food is eggs and bacon with kibble... That's when i know you will always be there copper doo!
Posted by Noah at 2:52 PM No comments:

I'm watching you watching me!

Noah
Photography is my drive!